Sadly my last post was more than a week ago so after almost 4 months I have eventually broken my blogging resolution. But I gave it a good at least I think!

No new models painted unfortunately. Lots of real life style has gotten well and truly in the way. But I have put together a rather different post that I hope you will all enjoy.

All the new Eldar rumours and releases got me thinking back to 2nd Edition when you saw some truly wonderful Eldar armies that featured all of the apsect warriors and all manner of crazy wargear. The rumoured new rules seem to indicate a return to seeing this style of play with boosts for the aspect warriors and a considerable amount of D weaponry being fielded.

I'm very much looking forward to facing the new Eldar dex with my guard and the D weapons don't bother me in the slightest! they might as well be bolt guns given how squishy regular guardsmen are. The changes all look quite fluffy and characterful to me.

Anyway, I digress, the changes got me thinking back about the good old days and my mind turned to all the white dwarf magazine I accumulated in the 90s (when the magazines were amazing). So this evening I ventured into the loft and found a few dusty old boxes stacked with the magazines! Not only the white dwarfs, but the citadel journals (they always had great conversions), and various game specific magazines for things like BFG and Mordheim.

So without further ado here are some photos from a selection of white dwarfs and classic imperial Guard vs Eldar where we see the aspect warrior army! 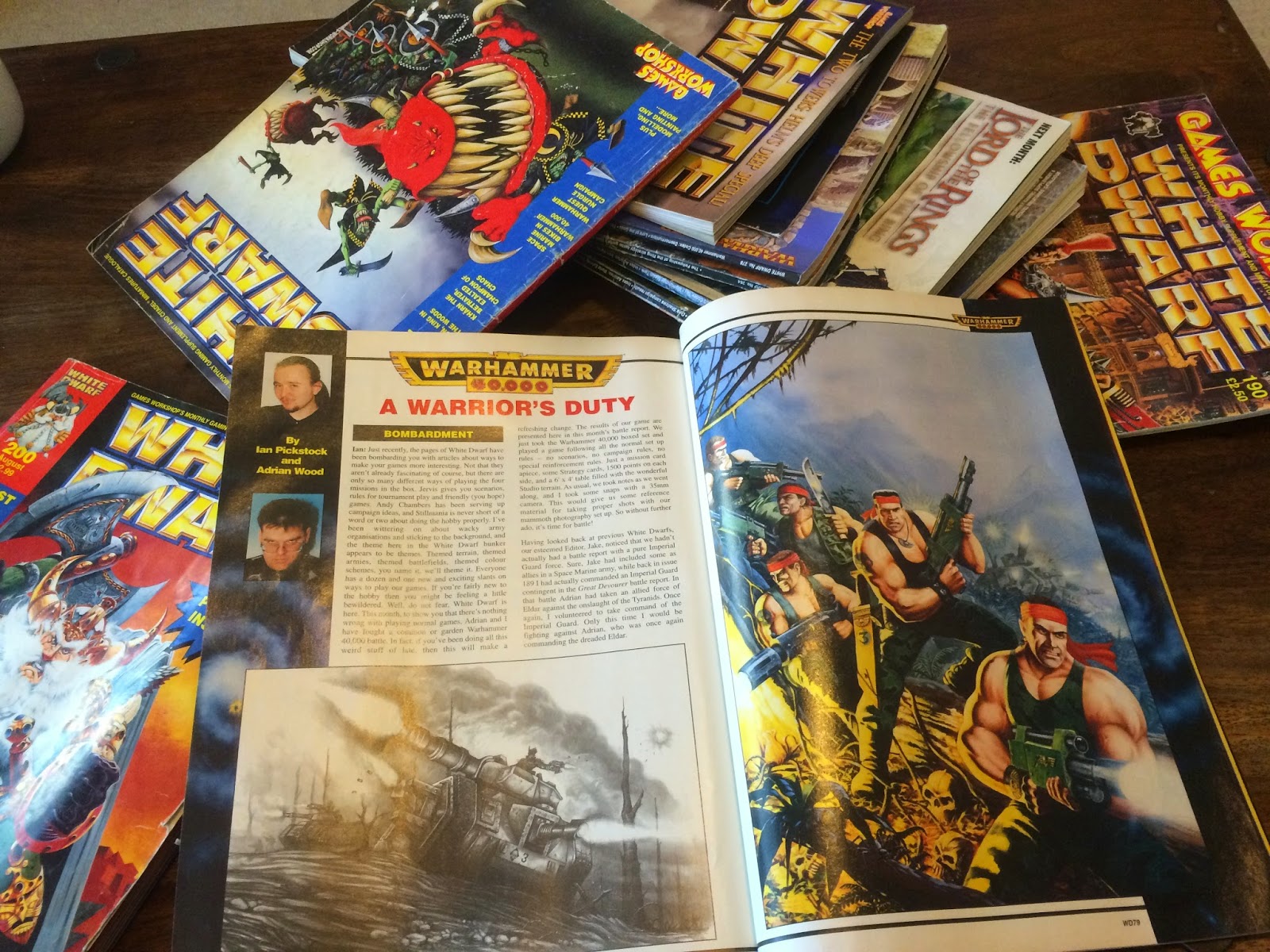 I absolutely love the old Epic range. Such a shame it isn't supported any more.

Ichar IV was a big campaign run back in the early/mid 90s. Anyone else remember it?

Here is a part of the very first article that revealed the Eversor Assassin.

A few sneaky Praetorians made their way into White Dwarfs from time to time.

Fingers crossed I will finally have some painting updates for you all next week!
Posted by Colonel Winterborne at 21:13 4 comments:

Email ThisBlogThis!Share to TwitterShare to FacebookShare to Pinterest
Labels: editorial

Here we have two quick snaps of the Baneblade I've been working on. Sadly I haven't got as much work done on it as I would have liked, but progress is still progress! 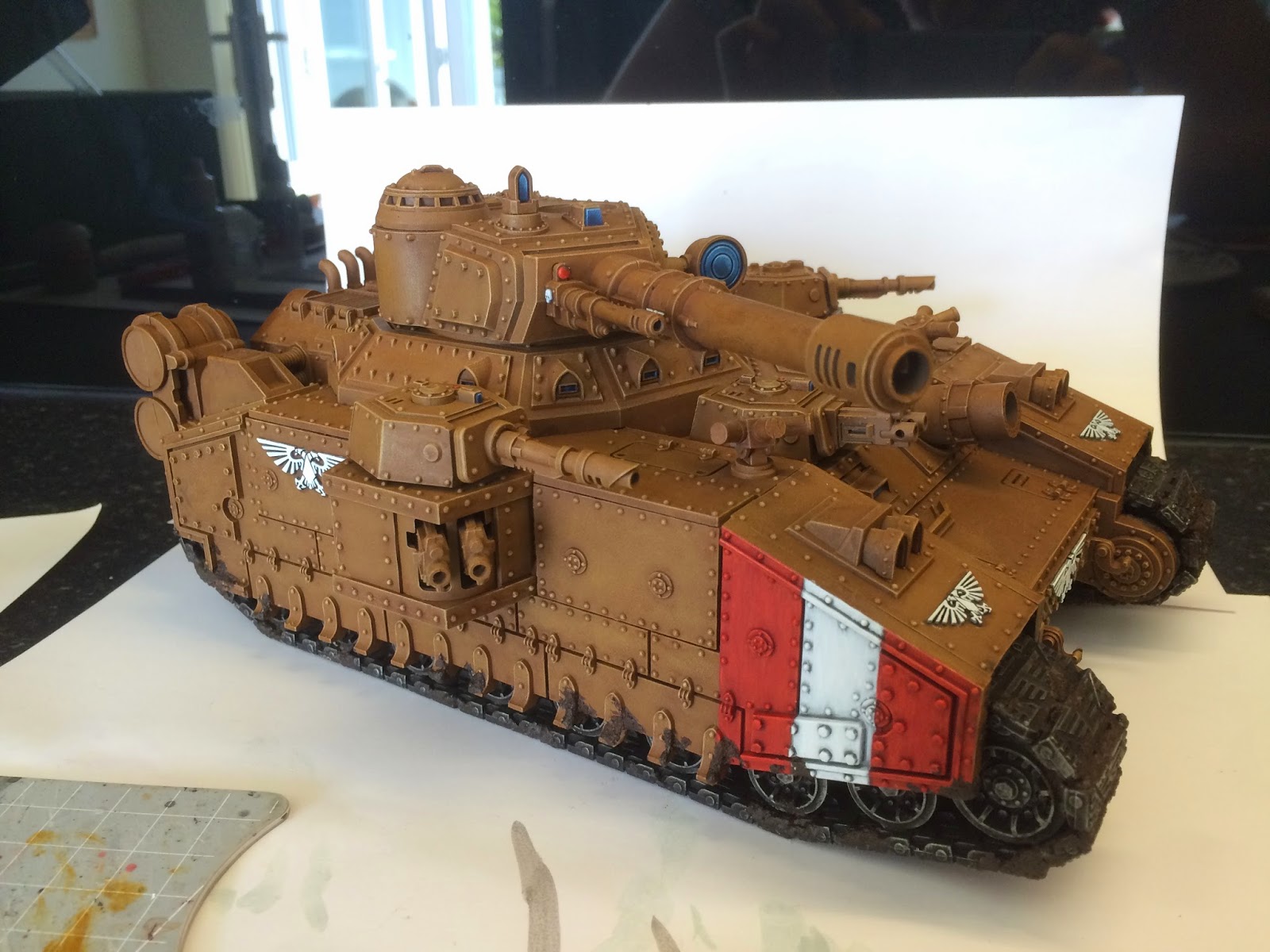 I've now completed painting the white on all of the skulls and aquilla on the tank. Next step is going to be painting all of the black and metal. When that is done it'll be on to deciding the freehand for the tank. 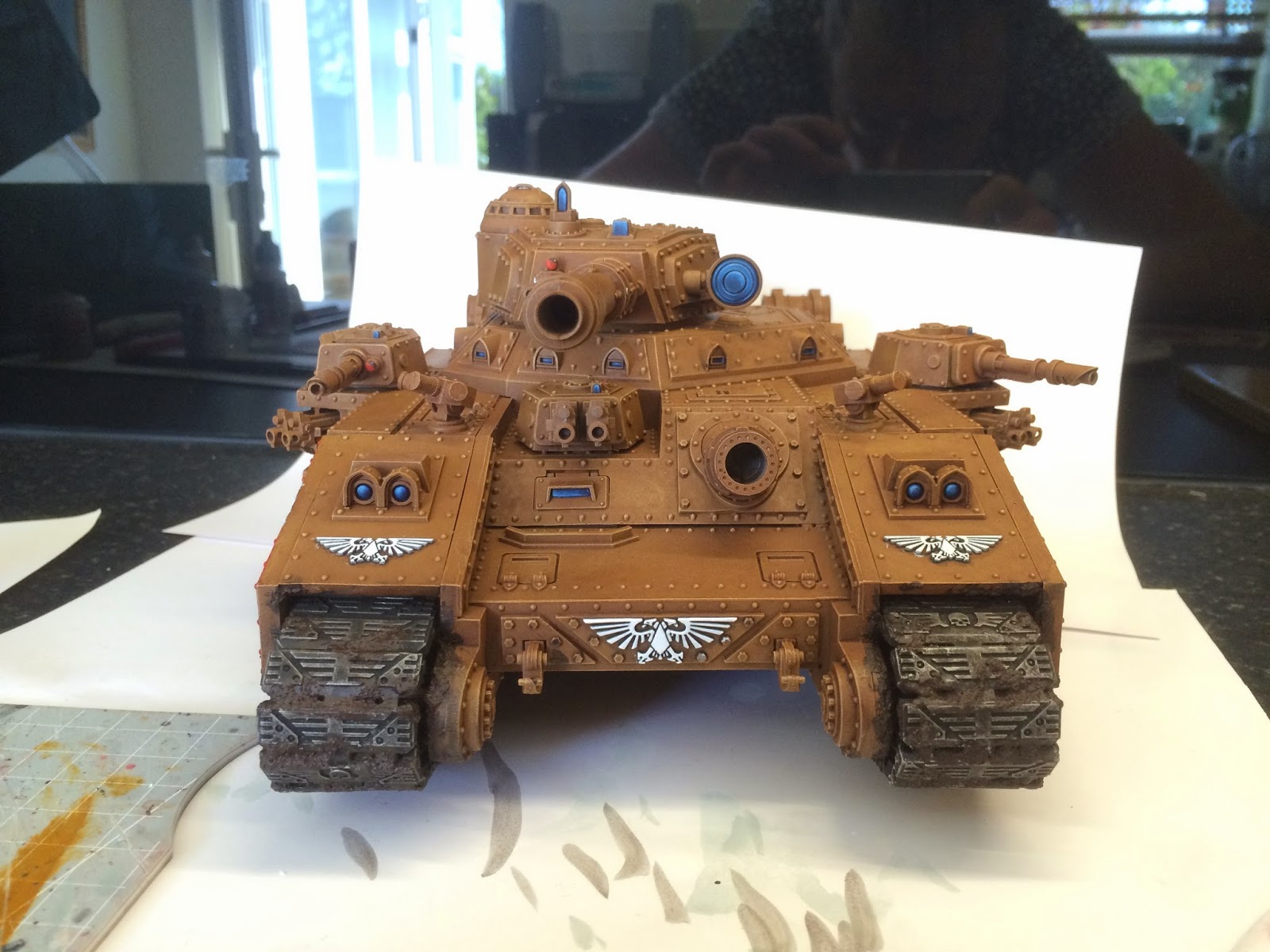 This view gives you a good idea of all the blue glass and lights that I painted and the white aquilla.

Fingers crossed the next post will give you lots of new things to look at!

Posted by Colonel Winterborne at 12:28 5 comments:

I hope you have all enjoyed the posts over the last few months. I am now back from Texas and am ready to get back to painting!

At the top of the list will be continuing work on the Baneblade. When I post again next week I hope to give you some serious progress on it.

I hate to put a post up with no photos at all so here is a photo of my old school rough riders, converted and painted circa 2001.

I was having a think about when I must have painted them and I can recall it must have been when the first Lord of the Rings movies and miniatures came out. The reason being the lances are uruk hai pikes!

They now look dated,  and certainly compared to the painting standard of the rest of the army they are a little out of place. However. I'm still fond of them, you've got to love Rough Riders!

Thanks for reading!
Posted by Colonel Winterborne at 21:28 4 comments: